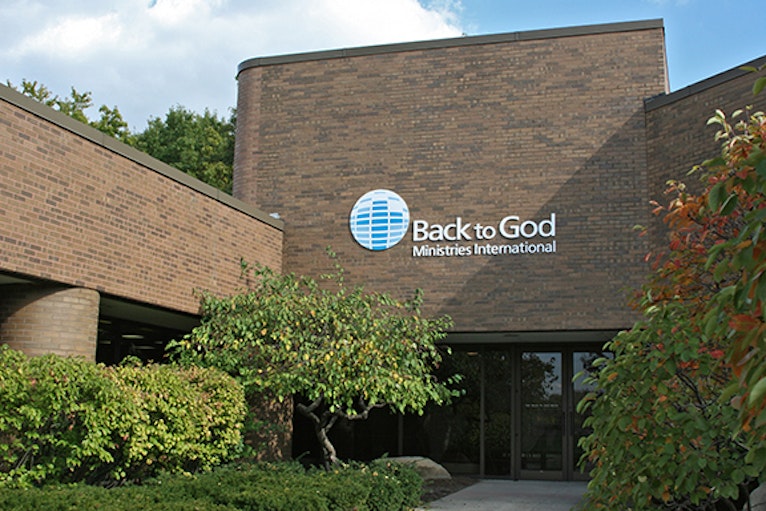 At its February 2017 meeting, the former board of ReFrame Ministries approved the motion to sell its facilities in Palos Heights, IL and move the ministry’s headquarters to the offices of the CRCNA in Grand Rapids, MI.

The decision was based on BTGMI’s own strategic plan, which recognizes the church as the primary instrument for mission.

“In addition to continuing to use media to reach out in North America and around the world, we need to focus more intentionally on providing ministry content and resources for Christian Reformed congregations,” explains Kurt Selles, director of ReFrame Ministries. “Moving the ministry to the CRC headquarters will help us achieve our stated goal of integrating our outreach with the efforts of our sister ministries.”

After gaining approval from the newly established CRCNA Council of Delegates, the sale of the Palos Heights building was formalized as neighboring Trinity Christian College signed the purchase agreement in December 2017.

The current building sits adjacent to the north side of Trinity’s campus, making it an ideal addition to the college grounds.

“We celebrate this agreement as we transfer the property from one ministry to another,” says Selles, director of BTGMI, “but at the same time it will be difficult to say good bye to the fond memories and outstanding relationships we’ve made in Palos Heights.”

ReFrame Ministries was launched in 1939 by a group of Chicago area leaders who saw the potential for gospel outreach through media ministry. In 1974, Synod approved the building of the current facilities in Palos Heights to accommodate the growing ministry’s staff and studio needs.

Because multiple BTGMI programs and languages use studio equipment and space for producing audio broadcasts and television segments, plans are in place to add a studio to the Grand Rapids location.

“Studio needs are different than they were in 1974,” explains Selles. “With this addition, we will be able to do media ministry as those needs are changing.”

The constant thread through the move is the intentionality placed on continuity: continuing to minister to those in need, continuing to serve the church, and continuing to further God’s Kingdom. The last phase of transition is due to take place in the spring of 2018.

The Church in My Town