Bridging Pop Culture and Christianity across the Aisle 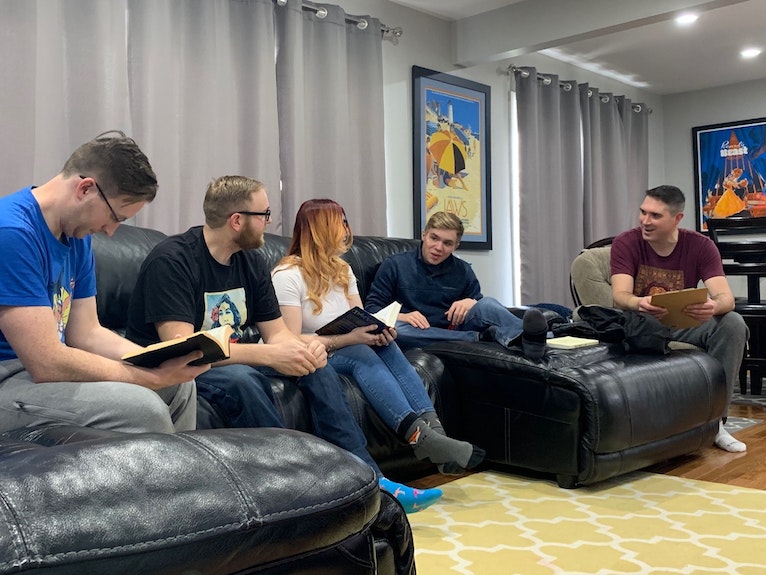 How do we have meaningful discussions with people who have different opinions than our own?

For Joey Jackson, this question became especially frustrating when he tried to find common ground with fellow Christians who had different political leanings.

“I thought that telling others that my opinions were rooted in my faith—just as theirs are—could humanize what was perceived as ‘the other side,”’ said Joey, “but it rarely led to reasonable discussions.”

This polarization, especially among Christians, was taking a toll on Joey’s spiritual well-being.

“I was definitely struggling with my faith,” Joey said. “I felt as though Christianity didn’t have a place for me.”

Seeing Joey's struggle, a friend gave him a book written by Josh Larsen, editor of Think Christian, a website and podcast offering a Christian perspective on pop culture. Think Christian is part of our English-language ministry, ReFrame Media.

Larsen’s book and Think Christian articles have helped Joey learn new ways to have productive conversations across the political aisle—even though neither the book nor Think Christian addresses politics directly.

“It pushed me to think more analytically about films and helped me move past an ‘us-versus-them’ mentality within the faith,” said Joey. “I was able to use films and music as a springboard into numerous conversations about God and faith.”

Inspired by these conversations, Joey recently began a Bible study using movies as topical springboards. The group meets monthly to watch a film, read a Scripture passage associated with the film’s message, and have a discussion.

After watching the 1980 film The Blues Brothers, the group connected the film to 1 Peter 4 and discussed the concept of undeserved grace.

These conversations inevitably lead to political discussions, but by using pop culture as a lens, the group can have meaningful discussions despite political differences.

“We try not to be an echo chamber for our beliefs,” Joey said. “We have some close friends who rarely see eye to eye on many subjects, which makes the discussions worthwhile.”

In a note to Josh Larsen, Joey thanked him for the encouragement he has received through Larsen’s writing and other Think Christian pieces. As supporters of Think Christian and its partner programs, may his words of thanks also encourage you.

“Again, I can’t thank you enough for bridging that gap between movies and God,” Joey said.

A God Who Loves our Language Comic

Lois is Living Out Her Faith in a Technological World