A Wall of Temptation 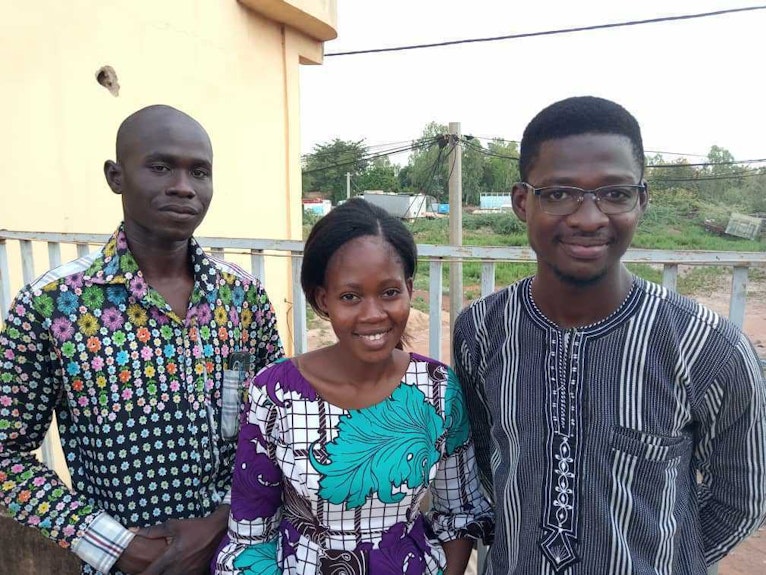 From alcohol, to smoking, to pornography—the temptations that Gastón faces growing up in Burkina Faso, West Africa, aren’t any different from those in most North American contexts.

But the stakes are higher for him.

While attending boarding school, some of Gastón’s classmates would sneak out at night, climbing over the school’s security wall in order to join the local party scenes.

“I often followed them over that wall and joined in,” Gastón admits. Still, as a Christian living in a Muslim-majority country, every time Gastón made that climb, he knew that he was hurting not only his own image but Christ’s image too.

For some of Gastón’s friends, he may be their only personal connection to the Christian faith. So every time Gastón chose to go over the wall, he was missing an opportunity to share what it means to follow Christ.

Gastón isn’t alone in his struggle. He has peers everywhere in his country—peers who love Christ as much as he does. Working with ReFrame Ministries’ French ministry team, young Christians are sharing their stories online to reach French speakers across West Africa.

Gastón regularly follows these programs, and they have helped him grow in his faith every day. In fact, he recently shared his own testimony in a new video from ReFrame’s French ministry team.

When Gastón faced temptations, he began to repeat a few words to himself:

In addition to talking about temptations that he faced, Gastón also shared about a near-death experience. While traveling home one day, Gastón was in a terrible motorcycle accident that left him in a coma.

“After coming out of the coma,” Gastón shared, “for three months straight I couldn't even form a complete sentence. But one day while I was in my hospital bed, I heard this inner voice saying, ‘If you believe, you will see the glory of God.’”

That time of suffering became a turning point for Gastón. He now wants to live every day for Christ, and Christ alone.

Your gifts and prayers for ReFrame helps young Christians like Gastón know that they are not alone in their faith journey and in the struggles that can come with it.

“I would like to thank you for giving us this opportunity to take part in this program,” Gastón says.

Listening to the Voices of Every Generation

Prisoner Shares about Growth in Suffering