A Mission for Thanks 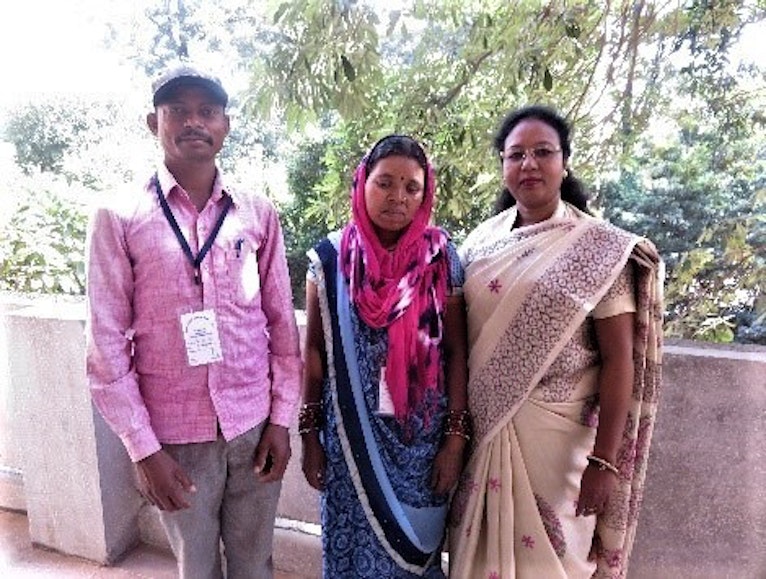 A couple recently made a three-hour journey to say thank you.

Jai and Parwati, whose last name is being withheld for privacy, are long-time listeners of ReFrame Ministries’s Hindi radio programs. As they’ve listened, and engaged with the programs, they’ve seen God at work.

“I originally bought a transistor radio to listen to songs for entertainment,” remembers Jai. “One day, while surfing the channels I heard a message from Ms. Neelam. She was sharing God’s Word.”

Along with being the voice of some of the Hindi radio programs, Neelam edits the ministry’s magazine and also leads workshops to teach writing skills—which is what she was doing when she first met Jai and Parwati in person.

Jai admits that his life was not in a good place when he began listening to Neelam over the air, struggling with alcoholism and its effects. Yet as he listened to more and more of the programs, he decided he would reach out to Neelam directly.

“I am a slow writer, so it took me four days to write down her number,” Jai said. “But once I had it, I called her and her messages were so encouraging over the phone.”

Neelam and other members of the ministry team receive about 1,000 texts or calls from people like Jai every year. Some have more questions after hearing the content while others share prayer requests. In fact, the staff keeps track of how many responses on a big board in their office as a form of encouragement in their daily work. But even more encouraging are the in-person visits they receive from listeners, either in the office or events like the one Jai and Parwati attended.

With the daily radio messages and weekly calls with Neelam, Jai says, he was slowly “turning to Jesus.”

“We’ve been attending the church in our village for three years,” says Jai. “We were baptized while we were in [another village].” Attending church didn’t take away his addiction though. At his lowest point, Jai’s children weren’t talking to him. But today, he shares, “things are changing.”

“My younger children are doing well. They speak to me now,” he shared, adding that they have also accepted Christ as a result of their parents’ example.

Jai, Neelam, and the entire Hindi ministry team ask you to pray for Jai’s continued healing as well as for healing between him and his oldest son. Praise God for His work in this family’s life!

3 Ways that Media Brought Community in 2018