‘A God Who Loves Our Language’ 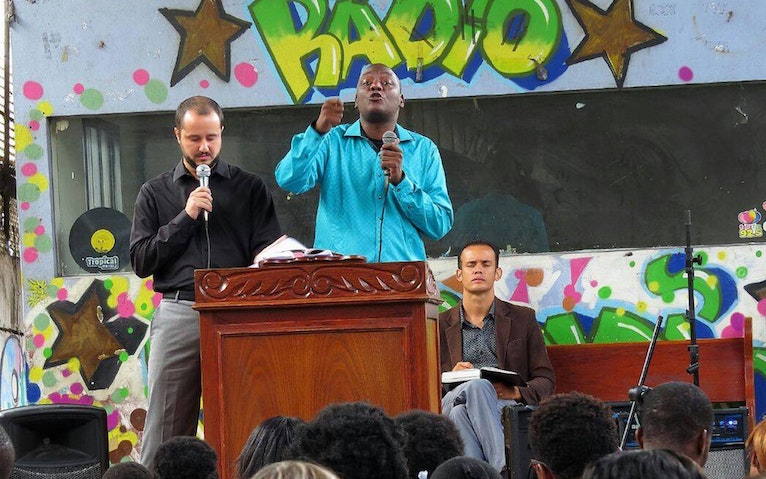 Moussa, a former Muslim from West Africa turned church planter in Brazil, knows firsthand the importance of reaching people in their heart language. “With many West African refugees here in Brazil, we’re challenged to minister in Arabic, a language that is very special for them, for us,” Moussa said.

To meet this challenge, Moussa worked with Luz Para o Caminho (Light for the Way), the Portuguese outreach of ReFrame Ministries.

Long-term success of a ministry requires local ownership. This Arabic translation demonstrates that such ownership is taking place through ReFrame Ministries’s (BTGMI) partners in the Presbyterian Church of Brazil (IPB). While BTGMI covers the cost of producing the Portuguese Cada Dia materials, members of the IPB developed the vision and ultimately raised the funds locally for translating the devotional.

Moussa found the devotional’s title, “Good News for your Family, especially effective. “When I asked people, ‘Did you know that I have good news for your family?’ the question quickly raised curiosity because these refugees receive only bad news.”

From the simple devotional messages, Moussa began having deeper conversations about the Christian faith with readers, many of whom attend his church plant. Moussa shared a story of one man who wanted more copies to take back with him,as he was returning to his home country.

This local translation project occurred while BTGMI’s Arabic ministry was in a time of transition. So even though BTGMI did not produce any new Arabic materials in 2018, our indigenous partners in Brazil reached their local Arabic speakers.

Now that BTGMI’s Arabic ministry has relaunched in Egypt, we are excited to see how God will use our local partners to more effectively reach Arabic speakers there as well.

Sharing the Gospel in Spain a Work in Progress