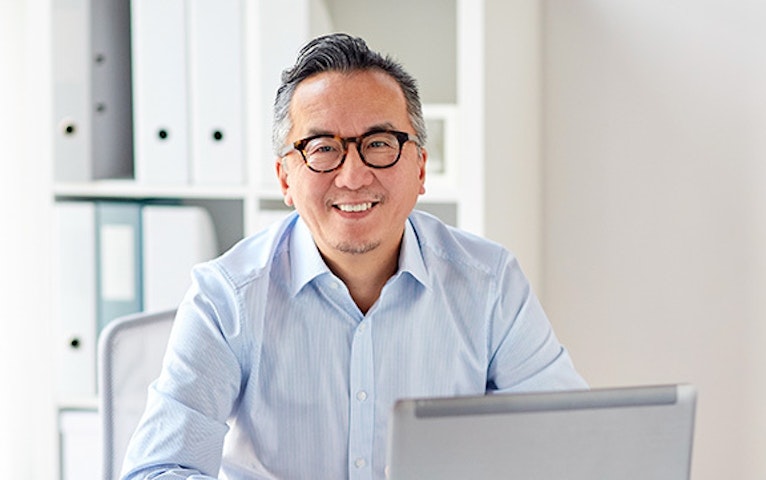 Mr. Yoshiichiro Tokuhara can recall the first time he heard about Jesus. It was December of 1983, a few weeks before Christmas. He was 12 years old, living in Japan and listening to a shortwave radio—a popular means of communication at the time.

Listening to ReFrame Ministries’s Japanese program, Window to Tomorrow, he recalls, “It was mainly hymns and preaching about the Bible and I didn't understand it all, but I remember somehow it made me relax.”

Tokuhara tuned in regularly throughout middle school. Then when he entered high school he stayed away from the Christian faith and stopped listening to the Bible-based programs altogether.

It wasn’t until 2013, close to 30 years later, that Tokuhara decided to open his heart to hearing to God’s Word again when he was encountering multiple struggles in his life.

“I started praying to God to help me as I went through the death of my daughter, loss of my unborn child, and the worsening of my wife's illness,” he shares.

He began listening to the BTGMI Japanese audio programs, Let's Open the Bible and Gospel Wave, this time on the Internet as well as radio.

Now interested in the Bible and wanting to learn more, Tokuhara started to attend a local church. With the pastor, he studied the Bible and prepared to be baptized.

Christmas day 2016, Tokuhara publically gave his life to Christ through baptism. He testifies, “I now believe the difficult time I had and the struggles were all in God's plan. I leave everything in God's hands.”

As we enter into another season of advent and anticipation of Christ’s birth, Tokuhara says, “I am thankful for your website which was a bridge between me and God. As I was led to God through [BTGMI radio programs], I hope many people will also be led to God.”