A Mother and Son are Baptized 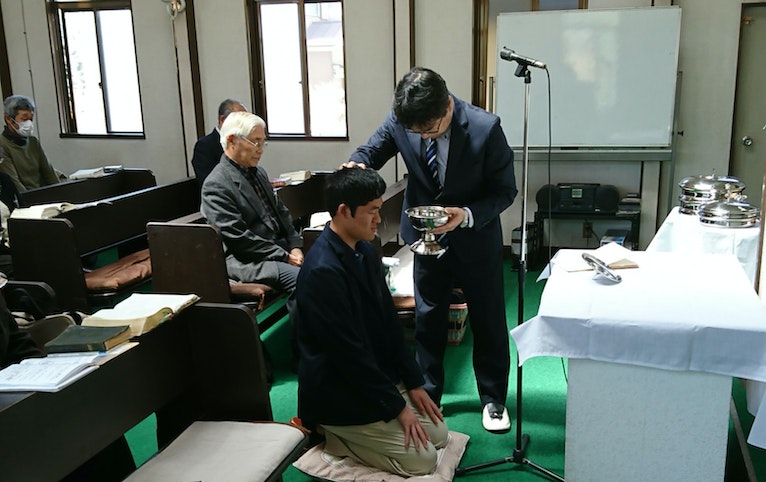 “I was raised in a house where there are Shinto and Buddhist altars,” shares Yasuko Kikuchi, a member of the ReFrame Ministries staff in Japan. The majority of Japan’s population identify themselves as followers of the Buddhist or Shinto faith, whereas less than 1% claims Jesus as their Savior.

“As most Japanese do, I used to go to the Shinto shrine to be purified. I went everywhere to seek the gods’ favor,” Kikuchi says. Then she married and gave birth to her son, Takeki. “I began to think how I should educate and raise up my child.”

Kikuchi researched schooling options. Impressed by a Christian woman who founded a school for her children due to lack of good education in her community, Kikuchi was eager to enroll Takeki. He started attending the Christian boarding school in 7th grade.

“As a parent, I wanted to become more familiar with the Bible, so I bought one,” recalls Kikuchi. She later began attending Minami Urawa Reformed Church and discovered the BTGMI Japanese radio program, Fukuin no Nami (Gospel Wave), through the church website.

Kikuchi couldn’t attend church every Sunday, but she regularly tuned in to Fukuin no Nami. Later, she began listening daily on her computer to Rejoice and Morning Word, also produced by BTGMI.

“I played programs during meals. I often listened to the same message over and over. I searched for messages that related to the Bible passage that I was interested in. I sometimes played messages as background music while I worked around the house.”

Kikuchi began praying and asking God for his help. Then, in 2014, Kikuchi gave her life to Christ. She was baptized at Minami Urawa Reformed Church, and now is working for the Japanese outreach of BTGMI, the very ministry that began her journey to faith.

When Takeki started 11th grade he moved home while still attending school. “Because he lived at our house, he listened to the daily messages on Fukuin no Nami as background music,” explains Kikuchi. “As he went to church regularly, he naturally accepted the idea of being baptized. Finally he was baptized this Easter. I thank God for leading him.”

God is changing lives all over the world through media. Pray for the people in Japan who have not yet experienced the saving Grace of our Savior.

It's Not Just Work